Aneurysm of vessels: causes and symptoms, diagnosis, types and treatments

List of diseases of the heart and cardiovascular system

Home / Prolapse the flaps of the mitral valve of the heart

Prolapse the flaps of the mitral valve of the heart

Adopted a separate classification of mitral valve prolapse at the level of regurgitation that may not correspond to vbuhanie folds:

Minor prolapse is found in 20% of healthy people and usually does not progress. When mitral valve prolapse with regurgitation 1 degree, with or without symptoms and complaints, as a rule, are absent. In this case, the defect does not lead to poor circulation, do not pose a threat to health and requires no treatment. A person can live a long life and not even be aware of his presence.

Mitral valve prolapse is more often congenital. But there may be other reasons for its occurrence.

Develops when weakened from birth connective tissue from which heart valve is. In this case, faster folds are stretched and lengthened the chord holding them. The result is a mitral valve SAG and tightly closed. Prolapse can develop in such genetic diseases as a disease Ehlers-Danlos and Marfan syndrome. 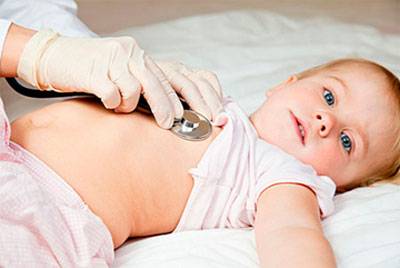 In the case of congenital prolapse usually has no symptoms. To believe that it is dangerous to health is impossible, therefore treatment is not prescribed. Such a phenomenon is, rather, regarded as a feature of the body, not as pathology.

The development of this anomaly on the background of other diseases is observed infrequently. The mitral valve prolapse cause the following diseases in which disrupted the structure of the valve apparatus:

When the diagnosis of "mitral valve prolapse" carry out instrumental investigations. Decisive diagnostic features identified by echocardiography and auscultation.

When listening to detect a systolic murmur, accompanied by systolic clicks.

The most effective method for diagnosis of mitral valve prolapse is a cardiac ultrasound which gives the full picture: the amount of work thrown into the left ventricle the blood, and the degree of vbuhanie sash.

If the bulging flaps of the mitral valve is associated with coronary heart disease or myocardial infarction, because the complaints are:

If the cause of mitral valve prolapse has been chest trauma, the patient has:

Complications of mitral valve prolapse are rare. They are possible in case of acquired and congenital hard defect. These include:

About the dangers of mitral valve prolapse in pregnant women can be read here.

Usually, when mitral valve prolapse does not require any restrictions with regard to physical education and sport. Auscultation in the form of permitted exercise, but should avoid jumping and running. In severe regurgitation and the presence of disorders in the heart there are contraindications to physical stress: in this case, shown exercise therapy with individual selection of exercises.

The forecast in the case of mitral valve prolapse, as a rule, favorable. Most often there is prolapse of 1 or 2 degrees with slight regurgitation. Symptoms and health problems not usually, most people with this syndrome in the treatment and observation is not needed.